Too Young To Understand

And I heard an author put it this way. When you get married and you say vows and you make promises and it is a covenant between you and God and your spouse and yes, when you get married, it is like super-glueing two pieces of paper together.

The pieces. The mess.

And almost daily now, Emma Claire will ask me if I can marry her dad again.

And I want to take the two pieces of paper and I want her to see just how impossible it would be.

But I’m flipping and reading and I stop short.

There’s a picture of a boy. Six, maybe seven. Just the age Coulter was when his Dad and I separated and above his blond head (again, much like Coulter’s) there was the caption.

“All they’ll tell me is ‘You’re  too young to understand’.”

But it’s true, I think. How can I ever explain the glue and the paper and the vows and they are too young.

This boy is looking down and he is looking hopeless and I read statistic after statistic and I wonder all over again, how is it that this happened and how is that we’re here and I make a silent commitment to myself and ultimately to my children.

And I’m done being lazy.

Arriving home from a weekend at their Dad’s, Coulter, Emma Claire and I were jumping on the trampoline. It’s hard work to jump with Coulter because he makes up these elaborate rules and you must follow them and I have to throw a ball, then catch it and then do a cannon ball and then re-throw it and I lost the game of course, probably because I never really understood how points were made but—

Emma Claire ran inside and I saw my chance.

“Coulter,” I said. “This is a little random, (and he looks at me like it’s not at all surprising that I would say something random) and I proceed to tell him that he can ask me anything he wants and I will never answer by telling him he’s too young to understand.

And it is hard.

But so is math.

And so is reading

And so is the Creation Story.

And yet somehow we find a way to teach it.

Every year, my children hear the story of the virgin Mary and every year we talk about the birth of Jesus and here we are, less than a week out of celebrating with Palms the arrival of Jesus into the city and there are parades and celebrations and then beatings and crosses and, Coulter and Emma Claire I want you to know that we believe in Jesus as the son of God and yet fully God and oh, by the way he was nailed to a cross and they put him in a tomb and then he woke up and he rose up and he reigns and we can believe in His name and we can call on His name and we are living in a Good Friday world, waiting for our Easter Sunday and what a hypocrite!

I expect my children to understand this? All of this and yet somehow I can’t figure out a way to explain divorce?

I often hear how resilient kids are. They just need to know they are loved.

Is that all they need?

Or do they need shoes and books and soccer cleats and baseball pants?

Or do they need to hear about the paper and the glue and the promises torn in two.

Coulter and Emma Claire were 3 and 6 when we first separated. 5 and 8 when final. Their first understanding of promises and broken ones at that came from the two people they trusted most.

I ripped the paper.

I keep thinking of how the kids play Rock, Paper, Scissors and they argue and fuss because I can never remember what tops what except that I do know scissors cut paper and paper covers rock,maybe?

Rock, yes.Paper covers it. We are standing, resting, falling pieces of paper on the Rock.

How firm. How sure.

A friend reached out today to let me know that her husband was leaving her.

A friend reached out last week to let me know that she was leaving her husband.

Today I met a friend. I met someone new that I  just know will become a friend.

And his wife. A friend.

And in re-telling my divorce story he says, “Oh, are you a new Christian?”

And I laughed. And I know what’s he thinking —-bad marriage, got divorced, found Jesus.

And since he’s a new friend I decided to leave out the part where I heard the voice of the Lord on military and Bell asking me when I was going to do “the hard thing that He had called me to do.”

Most people don’t believe that the voice of the Lord will tell you to get divorced. 🙂

And to be sure, it’s a failure that I still feel deeply and yet with in light of the stories that have been shared with me, I’m going to say something that no Christian momma should ever say.

I rejoice with them.

The husband who cheated and rejected and lied and defeated.

The husband who brought fear instead of faith and blamed and called names and how long are we called to live in a home that has become a cell; a living hell and yes! I rejoice with them because I know that there is refining and redeeming and renewal and that the Lord does not require us to stay when we have already been left. In word. In deed.

I rejoice because I know coming out of the fire there is joy.

Walk through the fire, my soon to be single mommas and lean hard, lean fully into the arms that do not fail and remember that God promises we will see the “goodness of the Lord in the land of the living.” 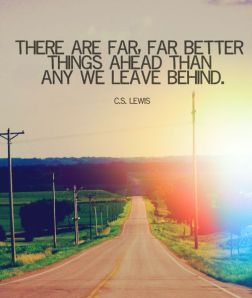 Coulter didn’t have any questions at the moment, so I’m off the hook for a while longer. Reading and snuggling later that night, though Emma Claire told me she was sad about the divorce. We talked about how God promises to work all things (even bad yucky things) together for our good and she tried to ponder that for a while. Finally she looked up at me and said, “Mom? You know how we give money to God? Can I make a cross on Sunday and put it in the plate so that when the money gets offered up, he will see my cross?”

Covered by His grace.

All they need, is to know they are loved?