This year, I celebrated our freedom with a nap, a Netflix binge and another nap.

I haven’t been home since last February.

I started my own business so I could go on vacations and take naps.

And most of the time, I remember to tell my clients.

Well, some of the time.

4th of July also marks the end of baseball season and for the record, Club Fitness will be closed next June 2018. Being a baseball mom is a tough gig.

I love baseball. I first fell in love with the game as a freshman in college.

My heart has since moved from the Razorback diamond to the Nighthawks.

I love watching these boys play. They are rock-stars, in my humble mom opinion.

And I love our team of moms and step-moms and lesbians who are getting married-moms. I love our awesome coach-dads and step-dads and ex-step dads and single dads and the all-american 2.2 kids with a dog and picket fence dads.

Coulter’s team is a picture of America and what I believe the land of the free actually represents.

Baseball is my favorite.

I’ve learned a lot over the past few years about how to be a good baseball mom.

It’s also poor form to yell, “Crime in Italy, are you blind, ump?”

If you have young children, I’m sure you’ve read the blogs that have been posted and re-posted about our role as a youth-athlete parent.

Shut-up, clap and tell them how fun it is to watch them play is pretty much all we are supposed to do.

What’s curious to me is that no such blog posts  circulate regarding the umps or the coaches. Or, gasp.

My number one goal is to encourage my son. I do tell him he’s fun to watch because he is. My number two goal is not to embarrass him.

Having said that, if the ump makes a jack-ass call, I’m probably gonna say something like, ‘’Come on blue!”

I wouldn’t say that. Because nice baseball moms don’t do that.

And it would embarrass my son and people know that I’m a Christian and Christians are not supposed to call people jack-asses.

I read that somewhere. Maybe Phillipians.

We drew the lottery when it comes to coaches. I could not be more grateful for the men who lead our boys.

That has not always been the case. One of Coulter’s first experiences was with a complete jack-ass of a coach and he once told Coulter not to bother showing up to the next game.

I emailed the coach that Coulter didn’t understand jack-ass sarcasm and therefore had taken the advice literally and would not be at the next game.

In the end Coulter decided to show up for his team. Not his jackass coach but his team.

I didn’t actually call him a jack-ass coach in the email, again because of the Christian thing.

I’ve read the posts. I understand my role.

I’ve learned that Coulter doesn’t like me to yell, “Come on darlin’ you’ve got this! Mommy knows you can do it, “ and that my husband prefers me to not yell, “sucker!” when we strike someone out.

Whatever. Message received. But I’ve got a little something to add.

For the moms who sit quietly behind the fence, knitting afghans and politely clapping, I offer this:

You are not volunteering, you are being paid. I know this, because I took out a second mortgage on my home to pay for your salary. I am happy to pay your salary so long as you know the rules.

Next. Please make your calls audible. It helps the knitting go more quickly when we know if a pitch is a strike or a ball. Sometimes you sound like my 2 year-old grand daughter playing the quiet game.

Speak the hell up.

And know the rules. Wait, I already said that.

You are human. You won’t be perfect. I get that. But our kids are trying their best and so should you.

Did I mention the second mortagage?

Try your best. Care. Show up.

But this isn’t a gift. It’s a contract. An investment.

And I think it’s fair to expect a return on my investment.

You aren’t six anymore. This isn’t t-ball. We aren’t going to yell “that’s OK buddy” when you miss a fly ball because you’re building sandcastles in the dirt.

And the cartwheel was cute when you were 6.

You’re coaches have invested crazy amounts of time and energy and their own second mortages to invest in you. You owe them. You don’t owe them perfect at-bats or perfect fielding or even a winning season. But you owe them your best.

You owe them passion and grit and determination.

And when you show up with that, then it’s easy to fall in line as the well-behaved baseball mom. Because when those kids show up, they are crazy-fun to watch.

Senator Sasse has written a book called the Vanishing American Adult. I haven’t read it yet, because I’m boycotting the big publishing companies who publish your book because, oh I don’t know, you’ve done the hard work of becoming an senator 🙂 and for some reason, owning your own fitness studio and being a baseball mom don’t seem to garner the same attention—whatever.

I will be reading said book.

The real reason I haven’t is because I’ve been very busy reading, “Stop dressing your 6-year-old like a skank”

I’m fairly certain they are pretty much the same book.

I think it’s OK to expect our kids to show up. To work hard. To try.

I know all the good baseball terms. I yell “OK, turn two, battle two,, strike two” like the best of them. One thing you’ll never hear me say is “OK, nothin’ hurt.”

Coulter hit a batter once last season and I yelled “Nothing hurt!” My husband looked at me and said, “Well except the batter”. I burst out laughing and then couldn’t quit.

Laughing when a player gets hurt is not considered proper baseball mom etiquette.

And when you want me to buy you a new phone before Friday because you are an American child and you need a phone like you need a hip, I’m going to quote from a book that I haven’t read about adults vanishing.

He doesn’t understand that I’m not buying him a phone because I want to teach him about hard work and delayed gratification. So I explained further. We had a lesson on entitlement and how that in this amazing land of the free, one must work first and get paid second. He still argued and debated and presented his case so finally I gave up. I’m like, look. It’s Mr. Ben’s fault. Some where in his book (after I read it, after I finish reading, “Bless your heart, Tramp”, ) I’m certain I’ll find strong evidence that I’m not supposed to buy you a new phone.

Life, liberty and the pursuit of a new phone. Wait. That doesn’t sound right.

Unless you cut yourself on that shattered mess of a phone. In that case, I apologize in advance for laughing. 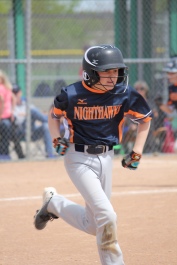 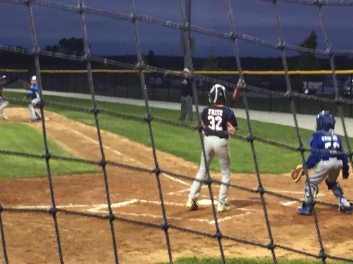 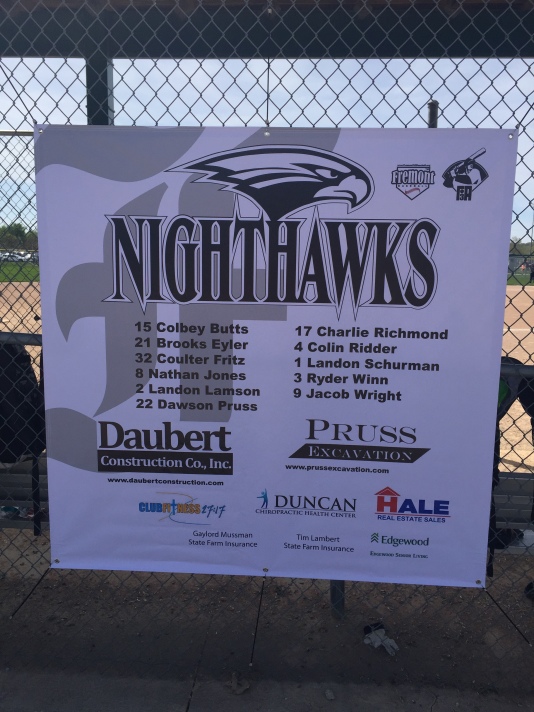 ILS. The struggle is real.